Eddie Hearn pulled off a big move last week when he signed up rising lightweight Devin Haney (21-0, 13 KOs) to a promotional agreement.

Haney will make his Matchroom debut on May 25th as part of the undercard to Oleksandr Usyk vs. Carlos Takam. 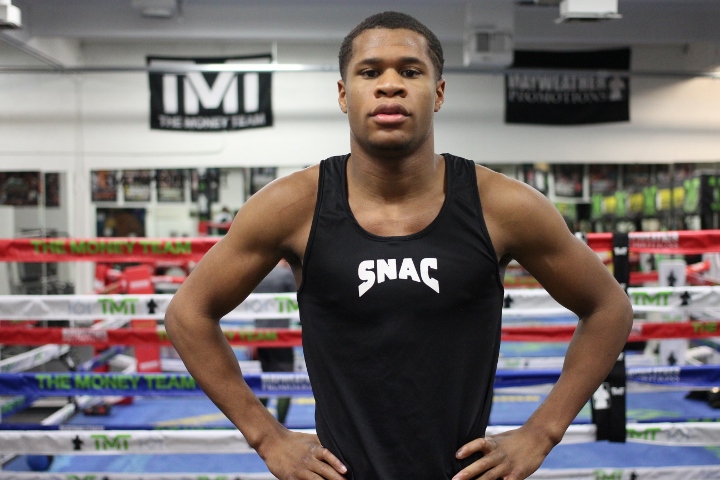 Haney is highly ranked by the WBC at 135-pounds.

Campbell, who is also promoted by Hearn, is ready to fight for the belt.

The World Boxing Council would likely order Campbell vs. Zaur Abullaev, who won't be available due to Ramadan. So if the sanctioning body goes down the rankings, Haney would be in line to fight for the belt.

There is talk that the WBC would do a controversial move of sanctioning a fight between WBA, IBF champion Vasiliy Lomachenko and Campbell for the vacant WBC title - which Hearn does not agree with.