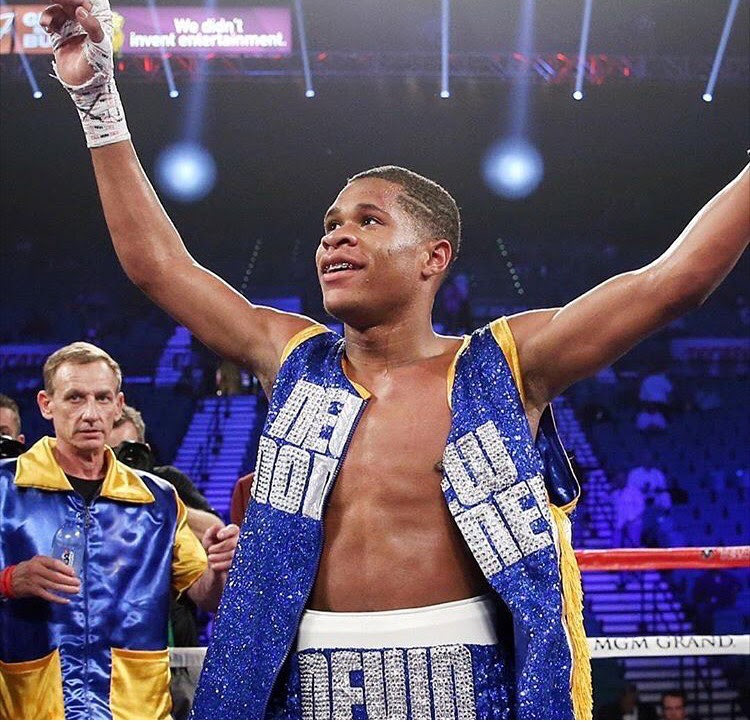 Undefeated lightweight sensation, Devin “The Dream” Haney (22-0, 14 KOs), has been preparing for his upcoming WBC world title eliminator bout with Zaur Abdullaev (11-0, 7 KOs) at Victor Conte’s SNAC training facility in the Bay Area. The fight is being promoted by Matchroom Boxing on DAZN and will take place at Madison Square Garden’s Hulu Theater on September 13, 2019.

The winner of Devin’s upcoming fight will likely fight the winner of the Vasyl Lomachenko (13-1, 10 KOs) vs. Luke Campbell (20-2, 16 KOs) fight on August 31, 2019. Lomachenko currently holds both the WBO and WBC lightweight world titles.

“Track Coach, Remi Korchemny, at SNAC is the truth, he always brings the best out of me,” said Devin Haney. “He’s strict, he’s straight to the point, he don’t care who you are, how much money you make, anything you’ve ever accomplished. All that goes down the drain when you’re training with him. This is going to make fight night that much easier. I’m the hardest worker in the game and you can’t stop me.”

Devin’s father, Bill Haney, is his head boxing trainer and has done a terrific job of guiding Devin’s undefeated boxing career from a very young age. Devin also has an excellent team of coaches and trainers who support him like a family, both in and out of the gym.

SNAC Head Trainer, Mike Bazzel, oversees all of the futuristic hypoxic-hyperoxic training protocols that Devin routinely does at the high-tech facility.

“Devin sets the standard,” Conte continues. “He’s the next generation and he’s still only 20 years old… Devin’s a stud. He’s the new guy that is taking over. He’s the new king, he’s the future of boxing.”